A century ago Yogmaya and Durga Devi, two women champions of justice, emerged from a remote corner of rural Nepal to offer solutions to their nation’s social and political ills. Then they were forgotten.

Years after their demise, in 1980 veteran anthropologist Barbara Nimri Aziz first uncovered their suppressed histories in her comprehensive and accessible biographies. Revelations from her decade of research led to the resurrection of these women and their entry into contemporary Nepali consciousness.

This book captures the daring political campaigns of these rebel women; at the same time it asks us to acknowledge their impact on contemporary feminist thinking. Like many revolutionaries these women were vilified in their lifetimes. This book exposes the true nature of these leaders’ intelligence, sacrifices, and vision during an era of social and economic oppression in this part of Asia.

After Nepal moved from absolute monarchy to a fledgling democracy and a reevaluation of these pioneers became possible, and Dr. Aziz adds to a wider public discussion of their legacies.

“Yogmaya and Durga Devi” is a seminal contribution to women’s history.

Hardcopies are available in Nepal through Mandala Book Point and on Thuprai and in the US on Amazon.

Yogmaya and Durga Devi: Rebel Women of Nepal is a thoughtful, self-reflexive study of both the observer and the observed. Not only does Barbara Nimri Aziz unearth the important, yet overlooked, histories of Yogmaya and Durga Devi, she also ruminates on how she came to research and develop an admiration for these trailblazing women. In this book Aziz also examines the dense web of gender, caste, and class relations that these women were able to break through, which nevertheless still traps many others. Aziz’s book is deeply felt and personal: a work of impassioned and engaged scholarship that is very informative and emotionally moving.

This genre-bending biography and memoir highlights two rebel women of twentieth-century Nepal. It navigates the hierarchies and inequities they resisted, which parallels Aziz’s own awakening to different ways of being a woman and a political actor. This new edition is an excellent reintroduction to Yogmaya and her contemporary Durga Devi and the Nepal they fought to transform. Their careers represent an ongoing dialectic between poetic insight and concrete action–one that remains not only relevant but essential to attend to, through changing times.

Aziz skillfully traverses the worlds of history, ethnography, fiction, literary criticism, biography and memoir, weaving together her own story with the lives of these remarkable women. This book pushes us to consider what ‘justice’ really means: for women, for Nepal, and for the world. A fascinating read!

From chapter 2: An Evolving Narrative

An outsider, Durga Devi attracted no following. However, she enjoyed the unfailing support of an unconventional mother-in-law. That bond was essential to her success. It was an extraordinary alliance. Durga Devi’s career is deserving for another reason. In contemporary Nepal where women’s education and equal rights remain such pressing concerns, it seems to me that Karki Ghimire’s activist model, compared to Yogmaya Neupane’s, holds more potential.

Even educated women feel emotionally constrained to challenge sons, brothers, or husbands—today as in the past. We are too easily intimidated. Thus, we need to know how to effectively use law and to learn court procedures.

To assert our rights beyond basic education, allies in our mission are a prerequisite too. We need successful models like Durga Devi Karki Ghimire.

In Durga Devi’s time, although the law was imperfect—where is it not? —it could nevertheless offer some respite and retribution. But it only worked for someone as skilled as Durga Devi. She could negotiate her way through court proceedings, something few laypeople anywhere can manage; she called men out; she refused to be subject to patriarchal norms at home. She won her rightful share of property; then she augmented that with compensation won from men who’d assaulted her. In alliance with the woman who customarily is a bride’s nemesis—her mother-in-law—Durga Devi secured her rightful share. Women with a determination and confidence similar to Durga Devi’s can be mobilized to launch campaigns against prejudiced and illegal practices. Solid alliances, including backing from members of a woman’s own family, are essential. With that kind of support women unable to check the abuse of sons, brothers or husbands need not run away to a city or abroad (where others wait to pounce on them). Women would not have to be subject to a son’s legal signature to assure her rights. Widows could marry without censure. Hapless wives could check the abuse of drunk and irresponsible husbands and more confidently demand a divorce and their share of property.

As I write this today, recalling what I learned many decades ago, Durga Devi excites my imagination. I can picture her simmering in anger in that inhospitable atmosphere of her husband’s house. I can see this solitary girl striding confidently from Khandbari, hurrying over the bridge to her maitighar in Palikot. There her father, recognizing her precocious character, takes her under his wing—another uncommon partnership. Moving through the district with him, Durga Devi discovers a world of discord and ambition, bold arguments and whispered concessions, bargains struck and awards declared.

From Chapter 1:  After Yogmaya

It was because of what I‘d already witnessed moving through Nepal during the course of a decade (1970–1980) that I was receptive to what I would hear about Durga Devi and Yogmaya. It was easy to make the link between their campaigns and the daily life I observed not so very long after their passing—caste boundaries, loss of land, accumulating debt, incompetent selfish officials, youngsters sent away to work, men taking a second wife, unwanted widows. If I, a casual visitor, grasped some of the problems, then every Nepali must have been all too familiar with these conditions, and more. Why did so few dare challenge the status quo? Therein lay the exceptionality of those who did take action and who appealed for justice. To a degree the fates of blind Laxmi and of Maya the weaver tell the story of children across the country, today and in the past. The notorious carpet factories employing thousands of child workers in reprehensible circumstances closed twenty years ago, the result of a vigorous campaign by child welfare advocates. Today Maya may not exist in that context. “Maya, a Little Weaver Girl” nevertheless still epitomizes the fate of many Nepalis, perhaps a little older than Maya.

Tho I myself am despised by society, and cast aside, it is I who must prove my innocence. Yogmaya Neupane Nepal is perhaps unique in the world of nations today with its three top public offices occupied by women: Bidhya Devi Bhandari…

August 31, 2018 on Counterpunch.org When I found myself well into my career as an anthropologist specializing in Himalayan peoples, I came across an historical episode concerning two no-longer living but obviously brilliant women who had performed remarkable political feats…

Shakti Yogmaya — A Tradition of Dissent in Nepal

[Originally published in “Anthropology of Tibet and the Himalaya”. Editors,  Charles Ramble and Martin Brauen; Ethnologische Schriften Zurich, ESZ 12, Ethnological Museum of the University of Zurich 1993] In East Nepal, early in this century, an extraordinary uprising took place.…

[Re-print July 31, 2017 on Global Research, originally published in 1978] As I cull my writings, I find a few articles undeletable. Even as a historical portrait, some seem to be relevant today. In Nepal, land cultivation is declining as…

[Re-print August 4, 2017 on Global Research, originally published in 1978] Chait Purnima morning. The essentials for our day’s work are assembled before guest workers arrive on our doormats. A five gallon pot of kodo (millet beer) is fermenting inside…

[Re-print August 12, 2017 on Global Research, originally published in 1978] Aama disappears into the darkened house to light the fire. Flames ignite from hot coals stirred out of the ash and Aama eases a pot of kodo onto the…

An Alleged Communist and Prostitute in Nepal’s Grade Ten Schoolbooks! 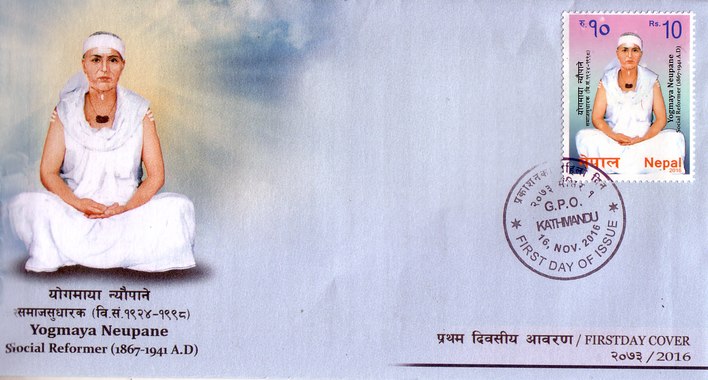 NOVEMBER 24, 2017 on Counterpunch.org. It was just a local rumor in a remote Himalayan village. Now it’s a history lesson for children across Nepal. I doubt if an entry in grade 10 English textbooks is what a normal anthropologist…